Главная / Пресс-центр / Новости / Stroykomplekt is the leader of the market!

Stroykomplekt is the leader of the market! 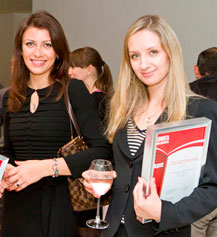 On September, 22nd the ceremony of Ekaterinburg Market Leaders Awards 2010-2011 was held by the magazine “Delovoy Kvartal”. According to the TOP-list of the magazine the company Stroykomplekt became an award winner of the nomination “Special Equipment”.

Besides, the awards of other nominations were won by such large business representatives as:

The event took place in the trade business center “Europe”. The guests could enjoy the performance of the French jazz orchestra «Life is not picnic» and buffet.