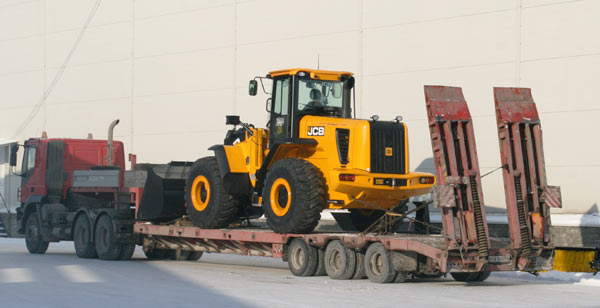 The client who bought this machine got one year ago the same loader. Having estimated the quality of machine deservedly (it works in career almost 24 hours a day), service support and the presence of spare parts on the stock of LLC “Predpriyatie “Stroykomplekt”- official dealer JCB on the territory of Uralo-Siberian region, in the process of choice the second machine the preference was given to the loader of the same manufacturer. It should be noted that the client has the machines of Japanese producer, but in estimating of all techno-economic characteristics and comparison of operational charges, JCB equipment turned to be more profitable in continuous operation.

Both machines will work in the career of Sverdlovsk Region. Besides these 2 JCB WLHs this client also has the backhoe loader JCB that has been working uninterruptedly since 2008.