Главная / Пресс-центр / Новости / On November, 30th at Hyatt Regency hotel there was held a solemn event that was dedicated to the award “A Person of the Year”

On November, 30th at Hyatt Regency hotel there was held a solemn event that was dedicated to the award “A Person of the Year” 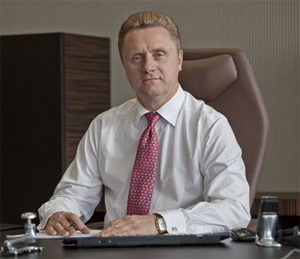 The ceremony was attended by approximately 500 people – prominent business owners, heads of federal companies, culture workers and 138 officials. During two hours 12 winners (who were chosen by their competitors!) were awarded.

«A Person of the Year» in the nomination «Commercial Transport and special equipment», established for the 1st time this year, became the president of the company LLC “Predpriyatiye “Stroykomplekt” – Mr. Viktor Poddubitsky. The organizer of the ceremony was one of the most competent business editions of the city - “Delovoy Kvartal” magazine.

Experts highly estimated the management activity of the president of the company LLC “Predpriyatiye “Stroykomplekt”, which has been successfully operating for over than 20 years. In recent years the company is the biggest player at the market of special equipment in the Ural Federal District.

There were also the winners in the following nominations: “Business Services”, “Information Technology”, “Logistics”, “Retails”, “Medicine”, “Auto Dealer of the Year”, “Developer of the Year”, “Construction”, “Industry”, “Culture”, “Banker of the Year”, “The best socially-oriented business”.

Senator of the Federal Council, Mr. Arkady Chernetsky, “Politician of the Year-2010”, pointed out that Ekaterinburg now is on the eve of such important projects that “have never took place in its history before”. «I’m talking about the exhibition EXPO-2020, the application on which the city has already filled», - he said.