Opening of Automobile Hub – a successful start of 2012! 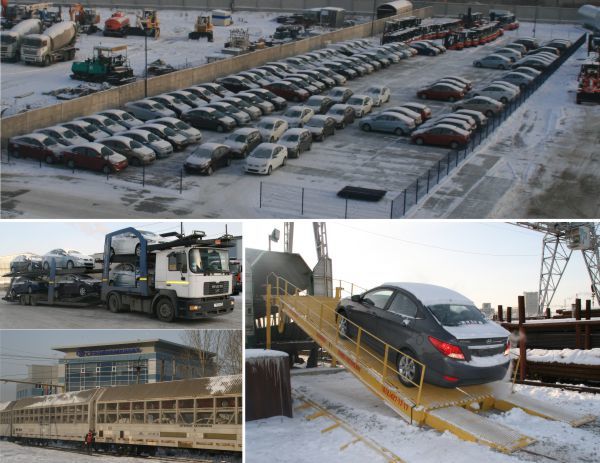 Friends and colleagues, we are glad to inform you that 2012 year «Predpriyatiye «Stroykomplekt» started with realization of ambitious project – on 4th of January the 1st Automobile Hub in Urals started начал work.

Recall, on 8th of July 2011 on the territory of LLC “Predpriyatiye “Sroykomplekt” Presidium of Sverdlovsk region Government “About realization of program “Development of transport-logistic system of Sverdlovsk region” took place. Presented at the court of the project participants was highly appreciated and was fully supported for realization by the Government members.

As part of this project contracts with the owners of rail wagon-car carriers were signed, certified equipment for uploading of vehicles from the wagons was installed, auto carriers were rented for delivery of vehicles to the dealers.

An area with lightning and daily round security for 320 vehicles was equipped.

Negotiations with automakers about opening of regional distribution center to serve the Ural Federal District are conducted.

The capacity of Automobile Hub - 4000 vehicles every month.